"You're going to receive lots and lots of failures, and everyone in this course failed a lot. Once you finally get past that hurdle, though, the reward you get is insane."

The design challenge was to convert a 40-foot-long shipping container to create an efficient and productive makerspace prototype. The projected benefits of this prototype are three fold:

The students were particularly drawn to this project because of the opportunity it provided to work at a unique intersection between materials sourcing, woodworking, electronics, and spatial design. They were even more motivated, however, by the potential for global impact that was inherent in this project. McCurry explains, “I got involved with this because I wanted to make a difference, even as a freshman student. That’s something you normally feel like you can’t do.”

Even though the team was committed to delivering a final product that would prove to be both viable and impactful, coming up with an idea that satisfied all criteria was certainly a challenge. As Jiang explains, “there are so many things you have to consider when designing a makerspace, especially one that is going to be modeled after a completely different setting.” The team had to factor in numerous criteria, including the availability and accessibility of all utilized materials, the affordability of all prototype components, and the labor that would be needed to replicate the container-based makerspaces.

Most of the team’s original design ideas centered on maximizing efficiency by accommodating a large number of student workers; in fact, one of the team’s first well-considered designs divided up the space to allow for 30 individual workers. Eventually, however, the team expanded their objective to include creating a work environment that was not only efficient, but comfortable as well. After multiple layout adjustments, the team settled on their final design, which they presented at the end of the semester: a blueprint layout of a 15-person workspace that included enough space for storage and tools, and an optional awning add-on to accommodate additional workers if needed.

Equipped with a final blueprint and a partial container build-out at the end of the fall term, four out of the original five teammates decided to continue their project on into the spring semester. In this way, they could not only continue the physical build-out of the shipping container before passing it along to the next group of first-year design students, but they could also create the project’s long-term business plan. The team is currently exploring opportunities for grant funding, working to understand the mechanics of a non-profit, and seeking funding sources to maximize the potential positive impacts of container-based makerspaces.

The team reflects on how their persistence – even during periods of discouragement – ultimately led them to success: McCurry explains, “There was a period of the project where we kept on making interior layouts, and they kept getting shot down time and time again…That’s what engineering is. You’re going to receive lots and lots of failures, and everyone in this course failed a lot. Once you finally get past that hurdle, though, the reward you get is insane.” 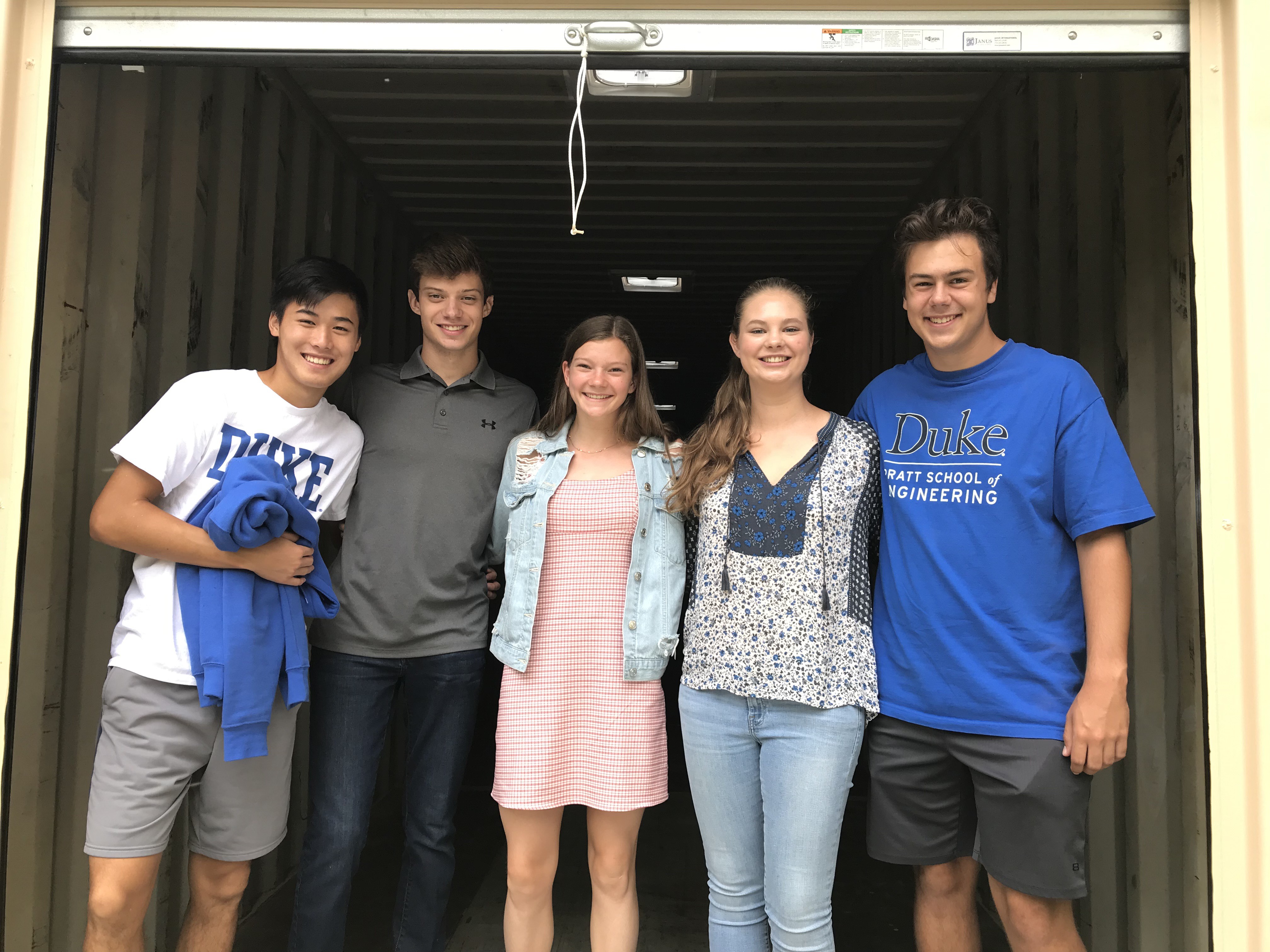