“Apart from designing the bridge, the best thing about being on the project was being able to build a good group dynamic and working together with the group towards a common goal."

Major flooding events in West Virginia during the summers of 2015 and 2016 wiped out hundreds of homes, left thousands of people without access to electricity, and destroyed critical infrastructure – including over 500 residential bridges. Because these bridges often served as the sole connector between homes and a main road, many families consequently had limited access to grocery stores, medical facilities, and schools.

The majority of these residential bridges were privately owned, which meant that government funds were not available for rebuilding efforts. Furthermore, the substantial costs of these projects meant that most families were simply unable to fund them on their own. Fortunately, however, JZ Engineering (JZE) – an engineering consulting firm that collaborates with nonprofits and other organizations – stepped in to work alongside Duke Engineers for International Development (DEID) to help get the bridge-rebuilding project underway.

This past fall, first-year design students Nazim Duran, William Luqui, Dea Muca, Nikita Suri and Zehua Wang – all of whom shared a common interest in problem solving through civil engineering – enthusiastically joined the project. The team’s primary task: to design a bridge that not only met established codes and was cost-effective, but one that could also withstand major weather events.

Using bridge load specifications, site-specific survey data collected by DEID, and a little bit of creativity, team members began work on a potential bridge design. As they moved further along in the project, the students were able to apply a set of complex calculations to evaluate the feasibility of their design, and they also found ways to potentially improve the overall efficiency of the entire project.

This iterative process ultimately led the team to their innovative final bridge design, which was depicted via a physical model that incorporated 3D-printed elements, laser-cut wood structures, and acrylic pieces.

The team attributes their success to their mentors, whose advice and guidance they relied on throughout the design and calculation processes: Muca states, “Without the mentors, we wouldn’t know what to do. Throughout the process, I realized there was a lot more that goes into building a bridge than I ever imagined. Our mentors were critical to our success.”

Working so closely and collaboratively on this project ultimately brought some unexpected benefits to the team as well. Muca comments that, “Apart from designing the bridge, the best thing about being on the project was being able to build a good group dynamic and working together with the group towards a common goal. For students that will be going into class, I’d give the advice to choose a project you’ll enjoy, and become close with your team.”

Muca further offers a piece of sage advice to other first-year design students who might follow in their footsteps: “In the end, it’s not about whether your project is 100% successful. It’s more about the effort that you put into it, and getting a taste for this type of work. I would advise students to take advantage of this opportunity, because a lot of other schools don’t have this class.” 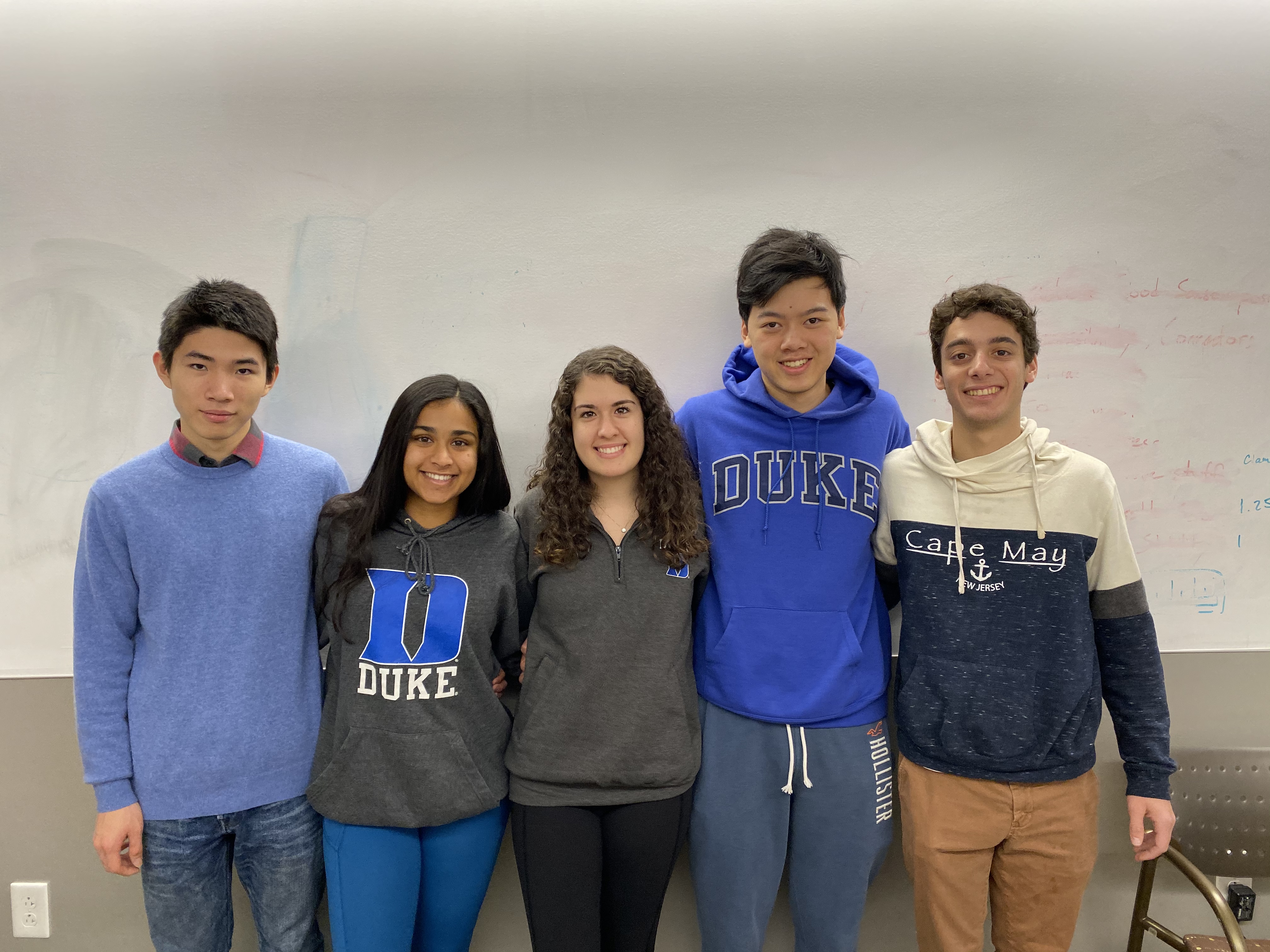