"I was hesitant whether I could do this or not, but being able to actually work with people and create this functional design solidified my confidence in my major choice and career choice.”

Dr. Ralph Abi Hachem is a Duke University Hospital surgeon specializing in the head and neck region. He often performs endonasal surgeries, in which tools are inserted through the nasal passage to perform surgery near the eye or base of the skull – often to remove a tumor. For these types of surgery, soft tissue near the eye must be held out of the way in order to reach the area of interest, a process that is called “retraction.” Often times, surgeons must manually retract the tissue during the procedure using one of their hands.

While retraction tools exist for other parts of the body, Dr. Hachem noted there was no specific surgical tool to perform this function for endonasal surgery. With this, he called upon First-Year Design students to come up with a solution to the problem. The final design, however, had to be easily-operated, sterilizable, durable, and cost-effective.

After brainstorming possible design solutions, the team got to the prototyping phase, in which they relied heavily on computer aided design (CAD). The team would create a model of the design on the computer, print it out using 3D printers, and test its mechanical functionality. After multiple iterations of this process, the team got to their final design: a tool that can, once inside the nasal cavity, expand circularly to hold back soft tissue and provide a clear passage for other surgical tools.

Although this process was tedious and time-intensive, it wasn’t until the students went and watched this type of surgery that they realized their most significant hurdle was yet to come: the incision made to perform this surgery was a lot smaller than the team members had anticipated. Team member Jewett explains, “Our tool needed to enter through a slash in the septum wall, and getting a tool that could expand to do its job properly, yet still fit through the small slit in the septum wall, was our biggest design challenge.”

Students Luke Jewett, Ru Li, and Anna Lise McGowan wanted to use this new perspective to improve upon – and significantly scale down – the design from the previous semester. Their first planned deliverable: a medical-grade endonasal retractor tool that can be used on cadavers. Ultimately, however, the team intends to finalize a prototype that can be printed by an established medical company. In doing so, they hope to receive FDA approval so the device can be utilized on living patients by the broader medical community.

For Jewett, this endeavor has solidified his future career plans: “For me, working on this project has made me more excited to further pursue this as a career opportunity. I chose Duke based off my anticipated career goals, but working on this project really solidified that I want to go into medical device design.” Li, on the other hand, was not entirely sure of her academic or career plans prior to this project: “I was hesitant whether I could do this or not, but being able to actually work with people and create this functional design solidified my confidence in my major choice and career choice.” 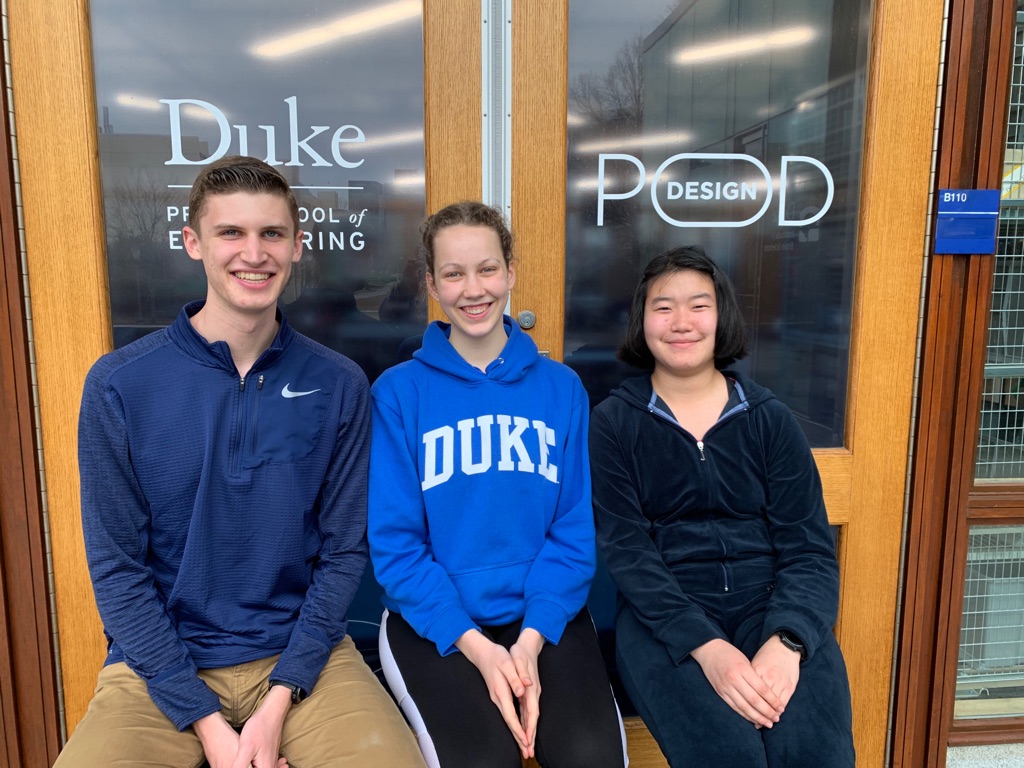