I joined the project to gain exposure to electrical and mechanical engineering; this project allowed me to explore the different fields and figure out what I liked and wanted to pursue in study.

Many homes in the American South built prior to the popularization of central air conditioning use cooling systems that were retrofitted into the existing heating systems of houses. While the current heating techniques which employee air vents throughout the houses work well to warm up the house, they pose an issue when cooling. Since hot air generally rises, it can easily travel up air vents and warm up a room. However, when the same system is used to distribute cold air, which generally sinks, it can be inefficient and even ineffective. The goal of this project was to develop a cheap, noninvasive design that can work with current heating systems to distribute cool air.

Before all, the team decided it was pivotal to produce as many prototypes as possible early in the design process. They hoped this “fail hard, fail often” rapid prototyping would allow them to quickly rule out implausible solutions, allowing them more time to perfect their soon-to-be final solution. Additionally, it would allow them to provide reasoning as to why their final product was the best solution; when you’ve tried 100 different potential solutions, you can be confident in the one you chose to fully develop.

One of the team’s most promising low-fidelity prototypes proved to be an intricate system of 8-foot tall cardboard boxes fitted in conjunction with PVC tubing and an aerosol spraying system. To test this initial design, the team converted a classroom into an airtight chamber. The rig, powered by a USB adapter, proved to lower the air temperature in their test room .8 degrees in 30 minutes. They decided this was the design they would run with.

“The goal we were prototyping towards was to be able to lower the air temperature of a room by 5o. Our first test showed that we could actually lower the temperature with this device. It was so promising and exciting. Basically fuel to keep us going in this direction”, explained Zach.

Along the process of developing this prototype to a final solution, the team had to seek out additional help. “Not many people are experts in this field. They know about basic heating and cooling, but not much about airflow.”, mentioned Matthew. That’s where the mentors came in. Under the guidance of technical mentor Dr. Nico Hotz, and Murad Maksumov, a Research Engineer in the Design Pod, the team was finally able to develop a product.

The simple design features a magnet-based box which attaches to air vents in the house. Cool air is then carried through large tubing, up alongside the edge of the wall with the help of a fan, and is released into the upper part of the room.

Overall, the team couldn’t be prouder of what they’d created together. “The design was definitely a challenge, but we’re ecstatic about our final solution. It definitely has the potential to be brought to a large scale with the right amount of work. We hope to patent it in the future!”, Zach claimed excitedly. 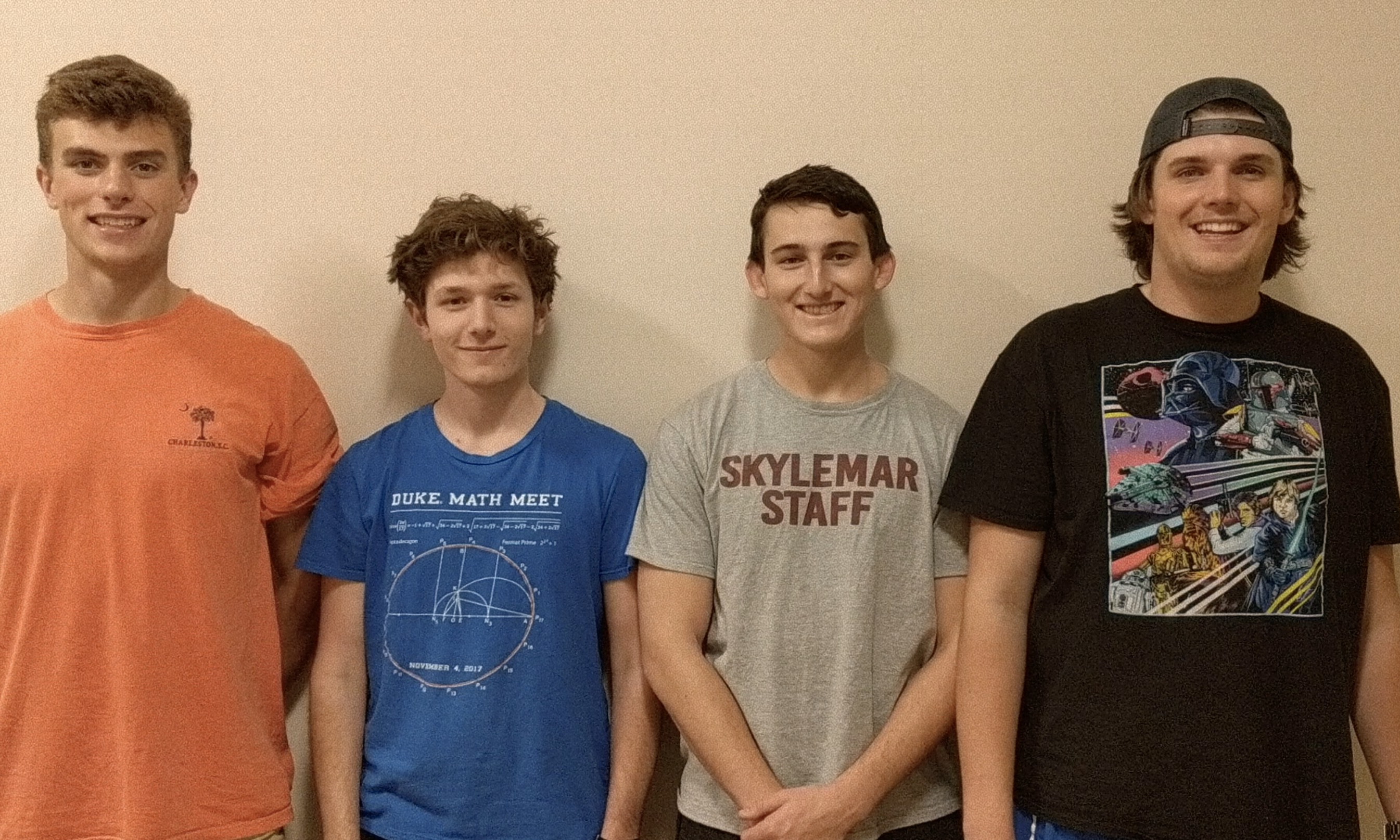